Beyond a Song: Al Staehley 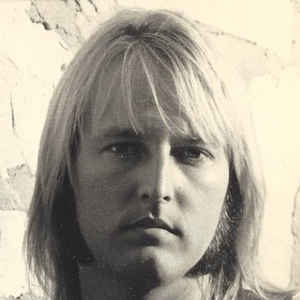 He remembers working for ASCAP, the music-licensing organization, one summer in New York in the late 1960s when somebody offered two tickets to “The David Frost Show.” Staehely heard the Rolling Stones might appear. Turns out the guests instead were Linda Ronstadt and John Hartford. During the show, Frost asked Hartford about songwriting, and Hartford — a beloved roots-music square peg — asked if there were any songwriters in the audience.

“I put up my hand and said, ‘I do,’ and the camera swung over to me,” Staehely says. “I about (expletive) my britches.”

Staehely didn’t have a lot of songs to his name, but had one about New York that he thought was catchy. Hartford handed him his guitar and added some banjo.

“At the end the crowd was responsive. Frost gave me a thumbs up. An English journalist told me in the U.K. that would’ve made me an overnight sensation,” he recalls. “Linda Ronstadt came to the lobby to find me. But I didn’t have the presence of mind to get it all together and do something with it. I was just a greenhorn. By the time the show aired, I was back in Austin.”

In Austin, Staehely finished law school, which would provide security for him for most of his adult life. But not before he took a detour: finding his way into the renowned rock band Spirit.

He wrote songs recorded by artists including Bobbie Gentry and Keith Moon. As half of the Staehely Brothers, he made a firecracker of an album with his sibling, guitarist John Christian Staehely. Even as he drifted away from music as a career, Staehely built a formidable archive of music that he’s been slowly unearthing and releasing, documenting life before his career as an entertainment lawyer.

“I euphemistically refer to it as my vault,” he says. “But there is no actual vault.”

An Austin native, Staehely grew up in the city’s music scene in the 1960s. He describes that time as creatively fervent, but also jittery. Aspiring musicians found themselves going to college in hopes of avoiding being drafted and sent to Vietnam. Staehely saw law school as a way to stay out of combat and also as a vocational safety net.

Staehely thought he might settle in New York. He even auditioned for “Hair” during the summer of 1969. But he had more connections out west and knew “I wasn’t going to practice law until I’d given music a full time shot.”

In 1971, he headed to Los Angeles. He knew William “Curly” Smith, a drummer he’d played with, as well as several other Texans, like songwriter and Houston native Patti Dahlstrom and Linden native Don Henley.

His brother John had earned a reputation in Austin as “a hot (expletive) guitarist in Texas, where that’s a kind of currency.” John found himself in demand out west, too. After the psychedelic rock band Spirit released its landmark “Twelve Dreams of Dr. Sardonicus” in 1970, the lineup underwent an overhaul with the departure of three key members. Staehely became the singer and bassist, while his brother stepped in as guitarist.

The new Spirit released “Feedback” in 1972. With singer and guitarist Randy California gone, Spirit sounded quite different on standout tracks like “Cadillac Cowboys.” “John and I brought a little Texas flavor to the band that didn’t exist before. It wasn’t anything we tried to do. It’s just the way we were. The way we were writing, the way he played and the way I sang.”

The album sold fairly well, and a subsequent tour was successful, but soon that version of Spirit splintered and the two siblings formed the Staehely Brothers, who released “Sta-Hay-Lee” in 1973. The album sounds fresh nearly a half-century later: guitar-led ’70s rock with a soulful, rootsy vibe not too far removed from the sounds perfected by Delaney & Bonnie.

“We were the same two guys, but we weren’t using the Spirit name anymore,” Staehely says. “That’s when I learned the value of a brand name. The reality is we couldn’t make a living just being the Staehely Brothers. John got an offer to join Jo Jo Gunne, and I couldn’t say, ‘Don’t do that.’ That was the beginning of a bunch of interesting stuff that happened.”

“Interesting stuff” includes further close calls with success and record label misadventures. Staehely got a deal for a solo album and was recording with an ace set of players that included guitar great Steve Cropper. But halfway through recording, the label went under.

Staehely got songs cut. Bobbie Gentry did “He Did Me Wrong, But He Did It Right,” which Staehely co-wrote with Dahlstrom. But it ended up a B-side on a single that would be her last.

“It was exciting to hear Keith Moon do my song, to do a tour with Chris Hillman,” he says. “But there were still some really lean years. I went from a group headlining Carnegie Hall to playing talent night at the Troubadour (in West Hollywood), where they give you 20 minutes. I will say I saw Al Jarreau there at talent night. I remember thinking, ‘If this guy doesn’t have a record deal, what am I doing here?’”

He came back to Texas to visit his parents and “to lick my wounds.”

Staehely was hoping to pitch some songs to the music supervisor for what would become “Urban Cowboy.” While in Houston, he visited an old friend, Mike Hinton, a drummer turned attorney, who had advised Staehely to go to law school a decade earlier. At the time, Hinton was a criminal lawyer doing defense work.

“He told me if I had a suit, and if I’d paid my bar dues, he could get me court-appointed cases paid by the county,” Staehely says. “I was pretty broke …”

He also didn’t have a suit. But his parents were friends with Sam Houston Johnson, brother of Lyndon B., and Staehely’s father was the executor of Johnson’s will when he died in 1978.

“He left most of what he had to my parents, which wasn’t much,” Staehely says. “But it included his suits. So I got three of Lyndon Johnson’s brother’s suits that I brought to Houston. I trotted off to the courthouse with Hinton, who took me to meet the district judges and introduced me as his old pal from the rock band. Because I was with Mike, they appointed me felony cases right off the bat. ‘Here’s an arson case …’ What do I do now? But one thing led to another …”

Staehely thought it was temporary. After about a year, he admitted he was a lawyer living in Houston. Even then, he’d get calls from his old life trying to pull him back. A drummer he knew offered a European tour for Staehely with John Cipollina of the old psych-rock band Quicksilver Messenger Service and Nick Gravenitis of the blues rock band Electric Flag.

But by the mid-1980s, he had a family, and more of his time was dedicated to law than music.

Staehely dabbled in entertainment law as early as 1979. An old acquaintance, Cutter Brandenburg, was working as a roadie for Stevie Ray Vaughan and held a general distrust of the music industry, such that he urged Vaughan to hire an attorney to oversee his career. Staehely calls Vaughan, “my first client of any significance.”

From there, he built a law practice. The past 20 years witnessed enormous evolution and upheaval in the music industry, particularly as CDs fell out of favor and the music industry shifted toward downloads and then streaming. Staehely remembers being on tour in Europe when he visited the offices of Deutsche Grammophon, a prestigious classical music label, and was introduced to the compact disc for the first time.

“The whole intellectual property side of it is always changing,” Staehely says. “It always seems to be lagging behind the technology part of it. We have technology that wasn’t even contemplated in previous copyright laws, going back to not long after the turn of the century. So there is plenty of work to do.”

At 75, Staehely is still doing that work, but he’s also been busy putting music into the world. He and his brother perform regularly as the Staehely Brothers around Houston, including a gig Jan. 8 at McGonigel’s Mucky Duck. The Austin-based Steady Boy Records has put out a few recordings. And more recently, Staehely has been digging out songs from his not-a-vault, such as “Feel the Heat,” which mixed an old backing track from the vault with a few new touches, like some saxophone by Evelyn Rubio.

“There’s so much unreleased stuff, I just wanted to get it out with no great expectations for it,” he says. “There’s a lot of music from those years when I started to bear down on the law thing so I could make a living. Back then, I was just starting a family. Now I have two small granddaughters. If I get some of this music out there, I figure one day, when they’re grown up, they can see what their grandpa was doing.”