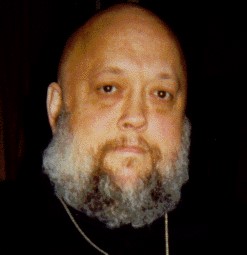 Rex Bundy of the seventies band Gabriel Bondage. The band’s name was inspired by the notion that as the Angel Gabriel was the messenger of God, The band Gabriel would bring a spiritual message to mankind through their music. Granted, this all sounds a bit pompous after-the-fact, but it was the early seventies, and they were making a name for themselves in a new genre of early ‘progressive rock’.

When they were finally ready to record their first album, they were informed that a horn group called Gabriel had just signed a record deal with a major label. So they had to change their name. They came up with the concept of spirit trapped on the material plane, and became Gabriel Bondage.