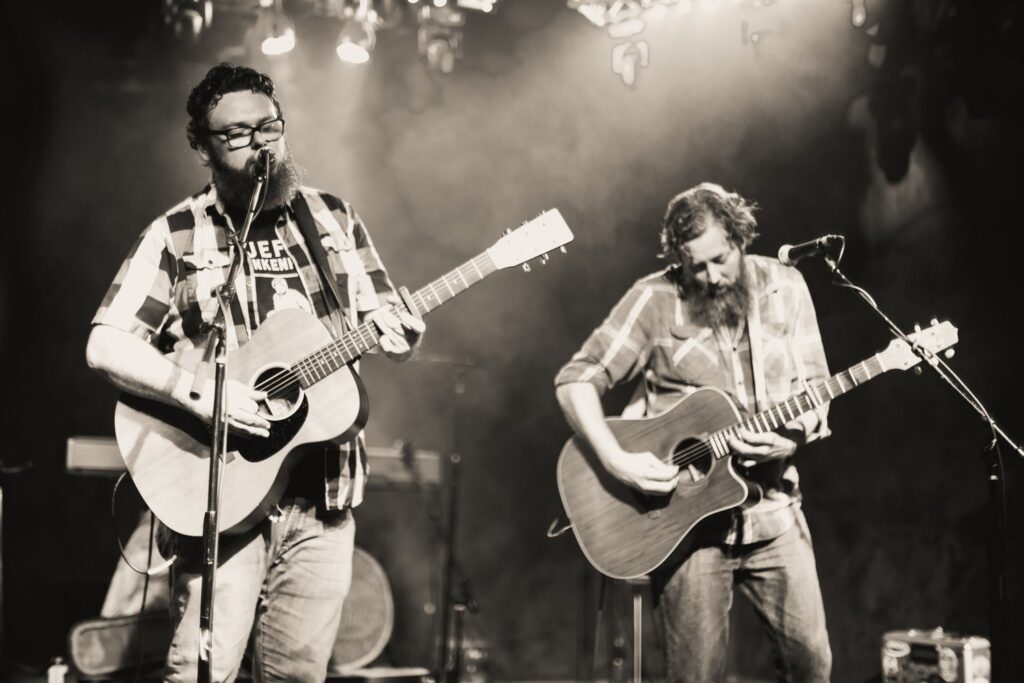 Beyond a Song host Rich Reardin interviews Texas singer/songwriters Josh Glenn and Jimmy Willdon better known as the duo ‘Yosh & Yimmy‘. After meeting in 2015, when Josh Glenn opened for Jimmy Willden at the final show of his 2015 tour, the two bearded gingers continued playing shows together. Over time, the shows evolved into Yosh & Yimmy, as they performed as a duo, and began writing songs together.

That union led to their first release, the studio EP, “Americana Summer” in March of 2019, featuring fan favorite songs, such as “Oh Universe” and “Shadows on the Wall,” and supported by their first joint national tour that summer.

2020 was spent writing more songs, and preparing to return to the studio, but not before completing the mixes for their first live record, “Yosh & Yimmy: Yive in Concert”.

Oft delayed by COVID-19, the album (originally intended as a 2020 release) was finally unleashed on the world in March of 2021. Recorded at the final performance of their Americana Summer Tour, in Athens, GA, “Yive in Concert” features singles such as “World is Sound Asleep” and “The Day You Learned to Fly”, showcasing Yosh & Yimmy’s eclectic style, all the while marrying rich harmonies with thought-provoking lyrics.

In December, the duo released a “winter” single — inspired by the energy-grid failure in Texas. “Midnight Sled Ride” is now available on all streaming platforms.

Yosh & Yimmy’s debut full-length studio album, “Three Rivers” will be released June 24, 2022. Promoting its release, lead singles “Down & Out”, “Proof” and “Breathe Again” were released and played on radio stations across the U.S. and worldwide. Dropping with the full release, “Without A Barrier” will be the next single.

In Summer, 2022, the boys will be hitting the road for a national “Yive in Concert” tour, traversing over 16 states across the mid-west in the month of July.