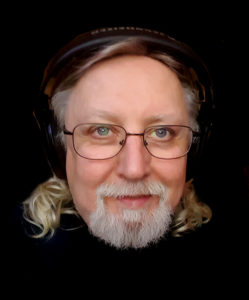 Beyond a Song is a national radio show available on the Public Radio Exchange (PRX), and features discussion with musicians with veteran host and producer Rich Reardin.  Rich is a seasoned producer, engineer, and musician with over 5 decades of experience in the music business.  Besides being a musician and songwriter since the sixties, Rich designed and built 5 recording studios, managed the Pro-Audio dept. of Guitar Center in Chicago, Illinois, was the Customer Service Manager for Leo’s Professional Audio in Oakland, California, Stage Manager for Pro Piano in San Francisco, radio producer and host, as well as being a photographer, graphic artist, web designer, videographer and music and multi-media consultant. Through the  years, Rich has networked and gotten to know many world class musicians, people in the music industry, and has a wealth of experience in all aspects of the music business. Rich talks about music, with those who make it happen. Each show features the music itself, as well as what surrounds and supports it’s making.

HISTORY:
Jason Wilber and In Search of a Song:

‘Beyond a Song’ had it’s beginnings in a 11 year running radio program on PRX called ‘In Search of a Song’.  In Search of a Song was originally conceived of by radio producer Rich Reardin in 2005,  during a discussion with singer/songwriter/guitarist/musician Jason Wilber.

Jason had sought out Rich’s advice after being introduced to him through SCORE (a not-for-profit volunteer organization that consults about small business startups), as he was considering opening a local retail music store in Bloomington, Indiana.

Jason was, and continues to be the lead guitarist for the amazing John Prine for over 20 years, as well as being a singer/songwriter himself.  Having had years of experience in musical instrument retail management, Rich discouraged Jason from opening a music retail store.  And during their discussion, Rich (being a successful radio producer) suggested creating a radio program that would highlight the lives and music of various world class musicians.  Since Jason was constantly meeting these sorts of artists on the road with John Prine, it seemed like a natural development for Jason to interview artists, friends and peers in the music business, and Rich brought the skills to produce it as a radio program. Initially it aired on a local News/Talk radio station (AM 1370 WGCL), but soon was picked up by the local Community radio station, WFHB.

Within a few years In Search of a Song was published on PRX (Public Radio Exchange) and found affiliates nationwide.  In the 11 years it was broadcast as In Search of a Song , Jason became the main host and Rich became the executive producer, while also co-hosting the program. Traveling around  the US, Jason and Rich interviewed musicians in many venues such as the Telluride Bluegrass Festival, Nashville music venues, John Prine concerts, Indiana University’s Jacobs School of Music, etc., as well as at Airtime Recording Studio, where Rich’s son is the main engineer, and Jason records his records.  They interviewed a wide variety of musicians, including:

The show found success around the country and had affiliates in many states, eventually moving into the world of internet radio, podcasting, and streaming from it’s

own website. Originally, it was designed to highlight ‘Americana’ music (singer/songwriter, Folk, Country, Bluegrass, etc.), but it grew to include the vast amount of influential people that brought the music to the world, such as the producers of Steely Dan, Bob Dylan, Johnny Cash, Simon and Garfunkle, Willie Nelson, artists in other genrés, and many, many more.

‘In Search of a Song Media’ (ISOAS Media) became Rich Reardin’s publishing group on PRX, with Rich working as the executive producer of the show. As Rich moved from local affiliates to PRX, the show needed to be set to a standard radio clock so it could be dispersed to many potential affiliates through the exchange. In Search of a Song Media published roughly 300 programs in the In Search of a Song series. Eventually, ISOAS Media also hosted a songwriting competition called ‘Searchlight’.  Searchlight was hosted by Sonic Bids a platform for musicians and venues to network together with EPK‘s (Electronic Press Kits), and so musicians could submit their songs to ISOAS Media, and from those submissions, a winning indie artist’s song was chosen each month to be highlighted in a special ‘Searchlight’ feature on PRX. Over the years, scores of relatively unknown fantastic up and coming artists were featured on ‘Searchlight’.